La Garrotxa, ecotourism amid volcanoes, between the Prynees and the Costa Brava

Home La Garrotxa, ecotourism amid volcanoes, between the Prynees and the Costa Brava
La Garrotxa news, 0 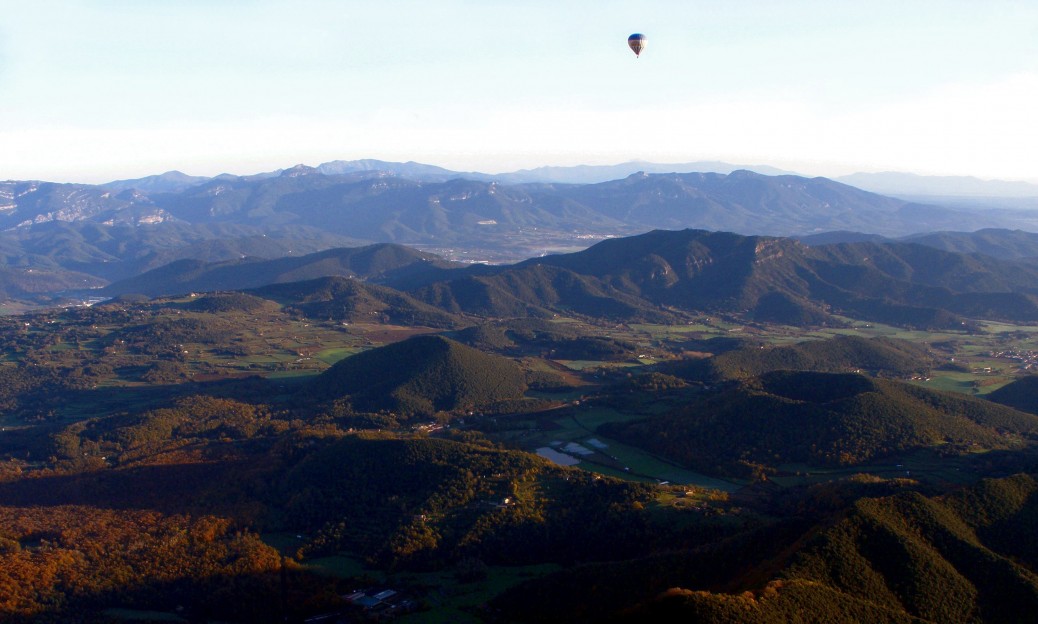 The region of La Garrotxa, situated in the north-east of the Iberian Peninsula, between the Pyrenees and the Costa Brava, is a fertile territory formed by valleys, rivers, fields, ‘masies’ (Catalan farmhouses), forests and small villages that maintain the rural essence of past times.

By road, La Garrotxa is situated just over 1h from Barcelona and from the French boarder. It has a good public transport network with service to and from Barcelona, Girona, the Pyrenees and the Costa Brava. The railway service is around 30 minutes away, and receives high speed trains from Paris and Madrid. La Garrotxa is also relatively close to important airports such as Barcelona – El Prat (1 h 30 min) and Girona – Costa Brava (50 min).

La Garrotxa offers a trail network, called Itinerànnia, of more than 700 km signaled trails. It connects and extends to the neighboring regions of El Ripollès – Pyrenees area – and the Alt Empordà – Mediterranian area. Around 90 itineraries of signposted footpaths, as well as ‘El Carrilet’ greenway which, by foot or bike, takes you from La Garrotxa to La Costa Brava, passing through Girona.

La Garrotxa offers two completely different types of landscape. Over 40 volcanoes and various lava flows extend over much of the southern half, forming a smoother and flatter landscape, protected by the Natural Park of the Volcanic Zone of La Garrotxa. In contrast, from the valley of the river Fluvià to the north, the landscape changes radically; it becomes more abrupt and steep, with abundant ravines and narrow rock passageways, leading you into the Alta Garrotxa, an area declared a Natural Area of Interest, as well as the Collsacabrarange and the Puigsacalm massif, both located to the west of the region.

The valleys of De Bas, Hostoles and Bianya constitute much of La Garrotxa, one of the most forested regions in Catalonia. The sunny hills are occupied by holm-oaks. Oak forests predominate in the rest of the area, with specimens of Carvallo oakfound in the forest in Olot, and beech trees in the humid parts.

As for the flora, more than 1,170 species of higher plants have been identified only in the Natural Park of the Garrotxa Volcanic Zone, as well as several very rare plants of Catalan flora.

This diverse environment present in La Garrotxa is ideal for a rich and varied fauna, which includes species of great interest, especially of invertebrates. In the Natural Park of the Garrotxa Volcanic Zone there are almost 300 different species of vertebrates, 52 of which are mammals, 198 bird species, 13 amphibian species, 18 reptile and 11 fish species. As for invertebrates, there are more than 164 species of non-arthropod invertebrates, 20 non-insect arthropods and more than 1,000 insects.

All these areas, together with others such as the Fluvià River, are part of the Natura 2000 Network. A European initiative created to protect the most singular, diverse, rare, well-preserved, representative, fragile or vulnerable natural spaces.

La Garrotxa is a highly humanized region that coexists with a rich natural environment. Villages and forests upholstered with a thousand colors are the setting for a wide range of accommodation providers, restaurants and guides accredited with the European Charter for Sustainable Tourism in Protected Areas and closely linked with the preservation of nature, in a Mediterranean area considered a ‘middle mountain’ zone. Rain is abundant throughout the year, with winter being the driest season. Frequent rain showers offer cool summers, while the influence of the Pyrenees make the winters cold.

It is highly recommendable to venture into this landscape, whether on foot, by bicycle, on horseback or in a hot-air balloon. Exploring a dormant volcano or going through the wilder mountains observing butterflies, listening out for animals in the middle of the night, being in direct contact with nature or just discovering charming villages. Visit the area alone or with the company of local guides who share their expertise.  The options for practicing ecotourism activities alone, with family or friends, are practically unlimited.

It should be noted that travel agencies accredited with the European Charter for Sustainable Tourism greatly facilitate the visit to the area through “Garrotxa Experiences”. These are a range of 100% ecotourism tourist packages, which are perhaps the best way to discover this unique volcanic land without any concerns.

As for gastronomy, this region offers a wide selection of restaurants for gourmets and lovers of local and traditional products. Whilst some bring back the region’s most traditional cuisine in creative formats with the Volcanic Cuisine group, others make more innovative proposals, some of which are Michelin Star awarded restaurants.

All in all, enjoying ecotourism in La Garrotxa, one of the most unique and most biodiverse volcanic areas in Europe, is not only possible, it is something unique, special and unrepeatable.